‘Is This Job For Me?’: Arrey Bate On Your Current Job Vs Your Life Goals & Purpose 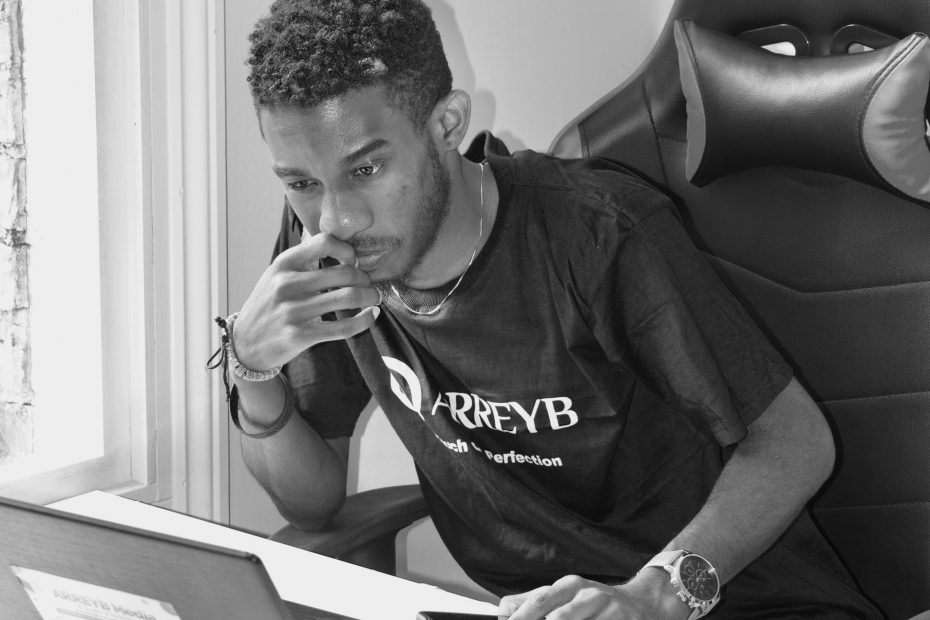 Do you also find yourself in such a situation?


17 year old Nigerian girl called Salle received a call from music icon Rihanna, and she has been invited to an interview with CNN’s Christiane Amanpour after someone posted a video of her singing online

To put you in a quick perspective, Salle was hawking on the streets when someone who heard she can sing, stopped her and asked her to sing on a beat he played from his phone


They videod her singing effortlessly on the beat and then posted it online, then it blew up like crazy and the rest is history…


When I watched the video that Wednesday morning, I remember asking myself two questions

If Salle wasn’t on the road selling, would this person have met her and recorded her singing?

“But Arrey where are you going to with this singing story🙄?”

My friend, maybe you’re doing something now and you hate your job!

Is this your story right now?

Or is your story a little bit similar to what I’ve just shared?

You see , I remember some years ago when I was working for a radio station and my station manager forced me to learn to edit audios and voice overs for the news

I told myself I was a presenter and I didn’t see a need to try learning to record, edit audios and do all the extra things…. that’s a technician’s job🙄

But guess what happened?

In 2017 when I was writing a script on gender based violence, I got an idea to turn that script into a radio play and do you know how it went?

I called 8 of my friends, we went into the studio and recorded the entire script in multiple sessions

In 2018 I submitted “Lebanon Girl” for a BBC radio competition and though it didn’t win, the team really appreciated it

5 months later “Lebanon Girl” was used in a presentation at the UN on gender based violence, and later it was played on the national radio CRTV

That same editing I refused to learn

Later on I even got a gig to make a radio spot, so I sat down by myself, recorded the audio and edited the spots which earned me some little pocket money

So, what if I did not learn to edit audios because it did not relate to what I wanted to do with my life?

Do you think all these would have been possible?

Do you even think my trend of thoughts would have let me to reason in the direction of recording a radio play with the script?

The answer is a BIG NO

There’s a thorn of examples I could give you (or now that I’m sharing and you’re reading this, you’re probably recalling some examples that have happened in your own life)

Always make the most of whatever you’re doing right now and remember to learn the lesson the process is teaching you in that moment….

This is so important and will change everything for you when you understand this little secret..

If you’re looking to run a big brand and you’re now working for someone, what’s God teaching you in the process?

What’s He wanting you to learn about treating an employee? About working as a team with people of different temperaments?

What’s he saying to you about how you explore and use your level of patience towards escalating situations?

Do you think all you’re doing now is useless?

Remember, I’m not giving you an excuse to remain in that position. I’m simply saying, as much as you don’t love that hole and you’re struggling to climb up every day, learn a thing or two about using a rope and dealing with stiff walls AS YOU GET OUT… You’ll need it!

My friend, there are two options….

Hopefully, I’ll come back to continue my second question and reflection on Salle next week (maybe)

PS: If you still haven’t done this, please GO NOW and get my best-selling book on social media.The book is on a discount now because I’m releasing a brand new Mini-book soon!!!!
Click here: arreybate.com/bestseller

PPS: Entrepreneurs, coaches and business owners! If you’re struggling to get consistent clients every month, you can work with my marketing agency ARREYB Is Marketing. If you’re a good fit for what we do, we will do all the marketing for you and let you sit back to collect the sales from your phone (just like we’re doing with several clients now). Go to arreybismarketing.com to book a free strategy call with my team (this is strictly for businesses already making $1,000/pm, or having the potential to generate at least $1,000 monthly)