“When all my work is over, every night I walk home with the fulfilment of the lives I have impacted by genuinely sharing my stories, and the thousands of friends I serve to help build their lives. This to me, is the biggest gain of my journey …” 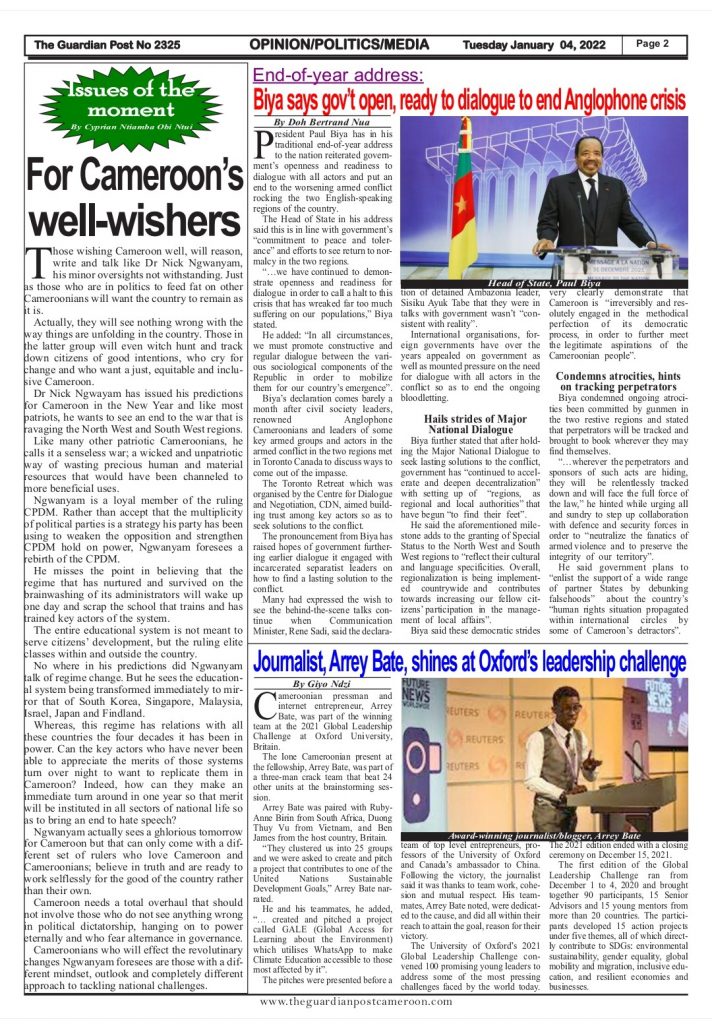 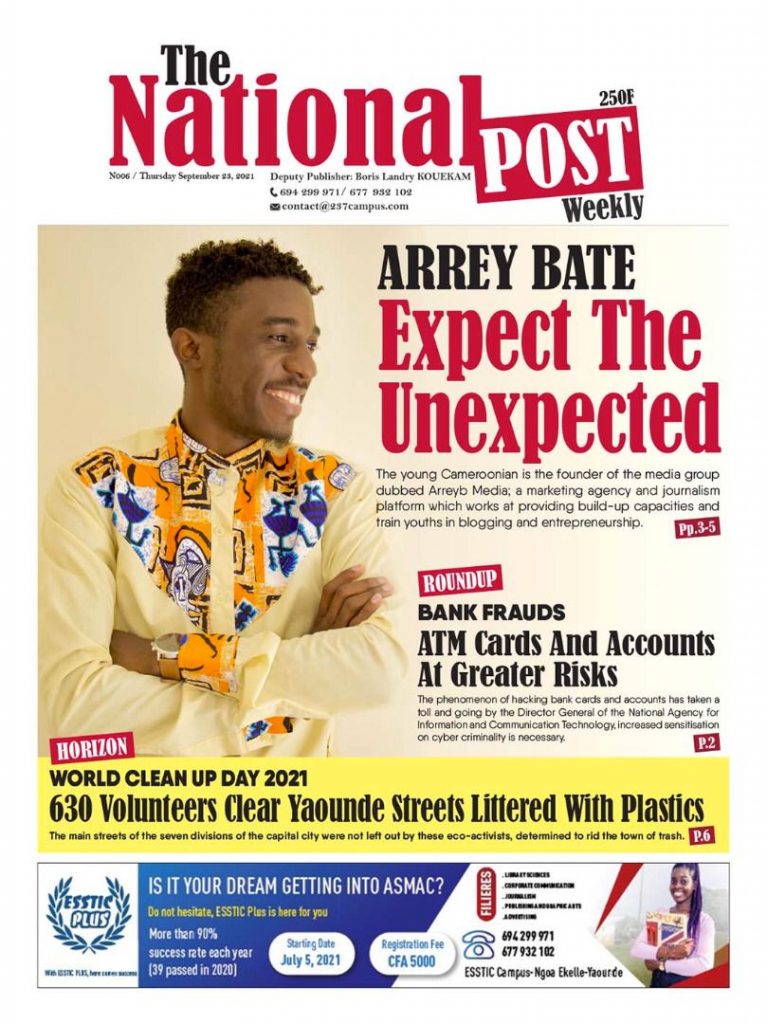 Arrey Bate On The BBC

Over the past 4 years, Arrey Bate has built a combined following of 77,000+ entrepreneurs as Cameroon’s leading internet entrepreneur who has been featured on the BBC, British Council, Fox, NBC and CBS. He grew famous for his work on social media and for building a community for entrepreneurs and career persons across Africa where he constantly shares his journey

Arrey has a popular story for dropping out of the University and moving from an inconsistent $9/pm feeding allowance to start ARREYB Media, an online business he began during the moments of a deep political crisis —in his student room using a phone and laptop his elder brother gifted him. Today ARREYB Media runs a news website and a marketing agency called ARREYB Is Marketing and Arrey constantly shares his journey and stories weekly to thousand of Smart Friends on social media and emails.

Among several achievements, Arrey has been listed among the British Council’s 2019 top 100 worldwide, GLC2021 top 100 young leaders from 30 countries, the official winner of the 2021 Global Leadership Challenge at Oxford University, has spoken at Mechigan State University USA and keynote speaker at the 51st St Gallen Symposium Switzerland (the world’s most relevant organisation and platform for cross-generational dialogue and collaboration)

Arrey Bate is the author of the best-selling internet book “How To Make Money, Build Right Relationships With Social Media”

Who is Arrey Bate? 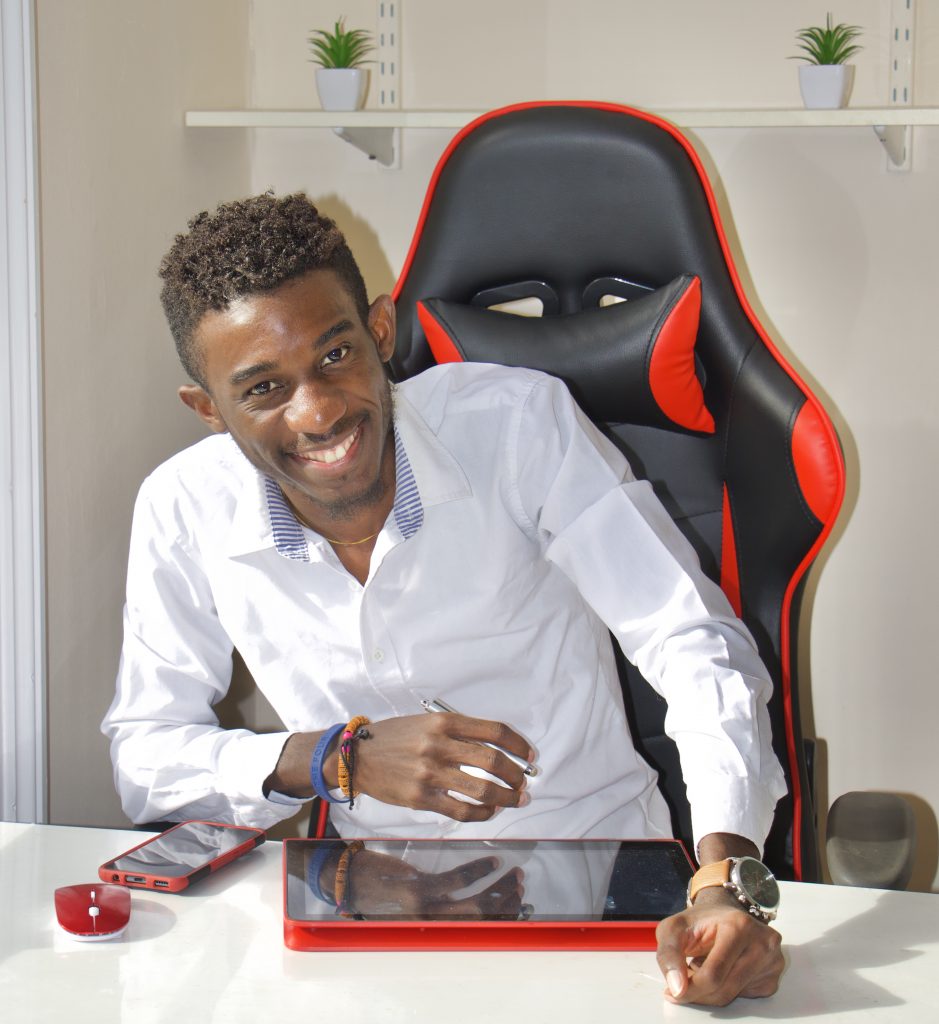 Arrey runs ARREYB Media, an internet company which he founded in the 2017 when he dropped out of school.   ARREYB Media, an online business he began during the moments of a deep political crisis and heavy shootings in his home country Cameroon. It runs a news website and a marketing agency called ARREYB Is Marketing ARREYB Is Marketing helps businesses to get more clients and generate more money on social media through funnel building and paid advertisement Arrey is the founder of the The AB Afrikpreneur Awards, an annual award to entrepreneurs across Africa 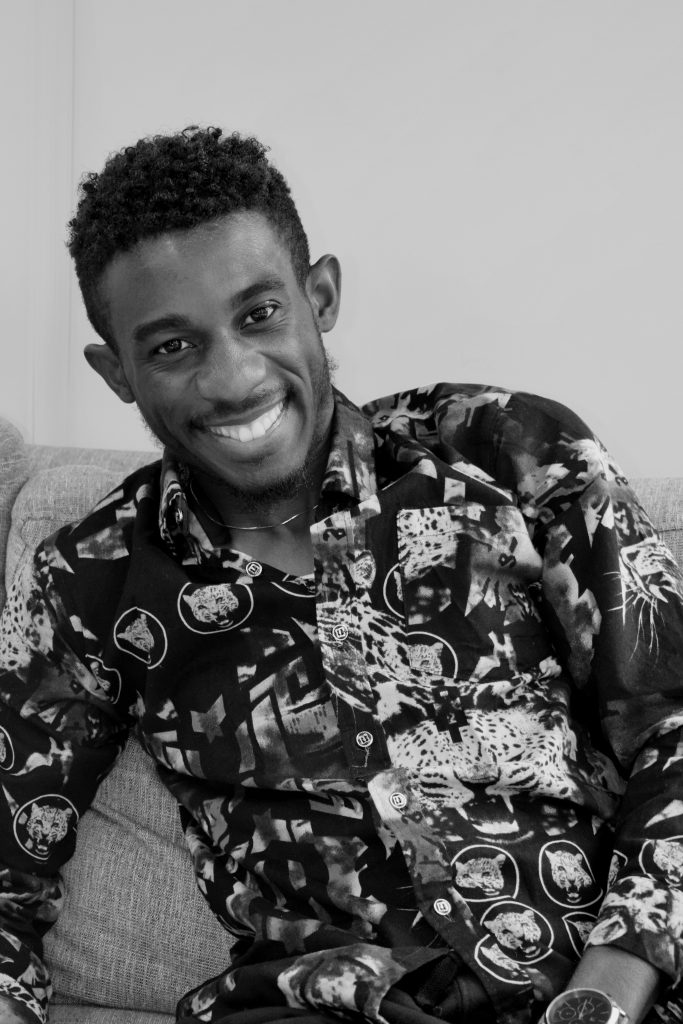 Over the past 4 years, Arrey has built a following for his political reporting on arreyb.com ARREYB DOT COM focuses on reporting news, politics, press freedom and human rights stories from Cameroon. The digital news website is prominent in English Cameroon with a following of 60,000+ readers. ARREYB DOT COM is quoted by BBC Monitoring, BBC Focus On Africa, British Council, Infinity Blog Awards USA, politicians on all sides, newspapers and happy ARREYB readers. It has a dignity for speaking truth to power, checking government excesses and pushing for vulnerable communities. Arrey was listed among British Council’s Top 100 Young Journalists worldwide in 2019 Learn More!➲

Arrey blends his online journalism with blogging. In 2017, he was nominated among Cameroon’s top 5 bloggers at the BDMA.  In 2019 ARREYB DOT COM was Cameroon’s first and only website nominated at Infinity Blog Awards USA, a selection of top 200 blogs from 3,000 submissions worldwide. In 2019, Arrey and his team organised The ARREYB Media National Tour (ABNTour).The tour was a series of 7 conferences organised in 7 towns of Cameroon which trained over 2,000+ young entrepreneurs & media persons on digital branding and building a brand on social media 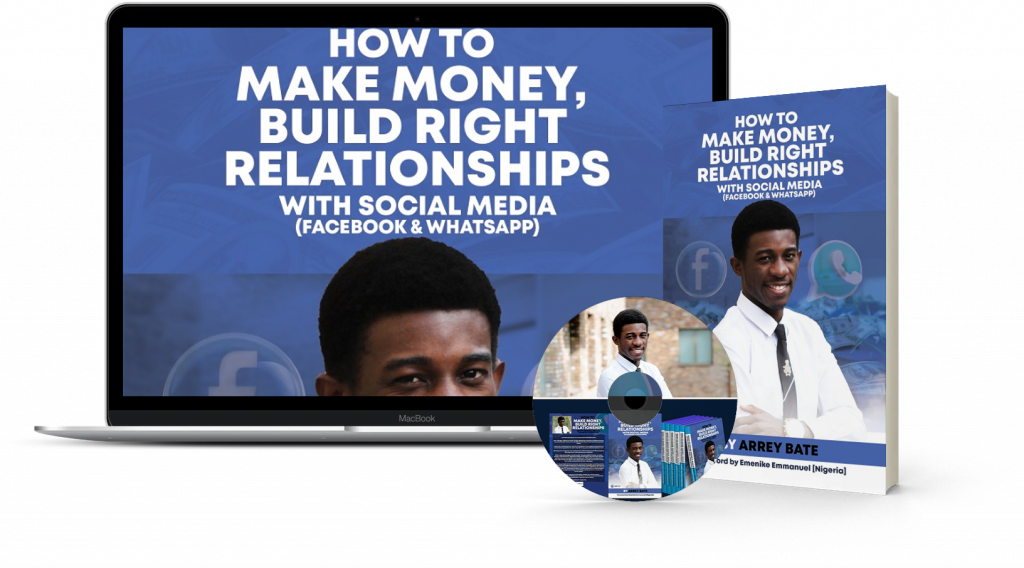 “When you’re pursuing purpose, everything else will look like the plan except the obstacles” – (Arrey Bate)

The Book "How To Make Money, Build Right Relationships With Social Media" By Arrey Bate

Writing a book and other publications have been one of Arrey’s successes as an Internet entrepreneur being able to generate millions in his career and travel several countries. The book “How To Make Money, Build Right Relationships With Social Media” By Arrey Bate will show you 12 tested & proven secrets to START Or GROW an UNBEATABLE brand online and how to get started for less than a dinner or two

END_OF_DOCUMENT_TOKEN_TO_BE_REPLACED

Get This Book Today For less than a dinner!➲ 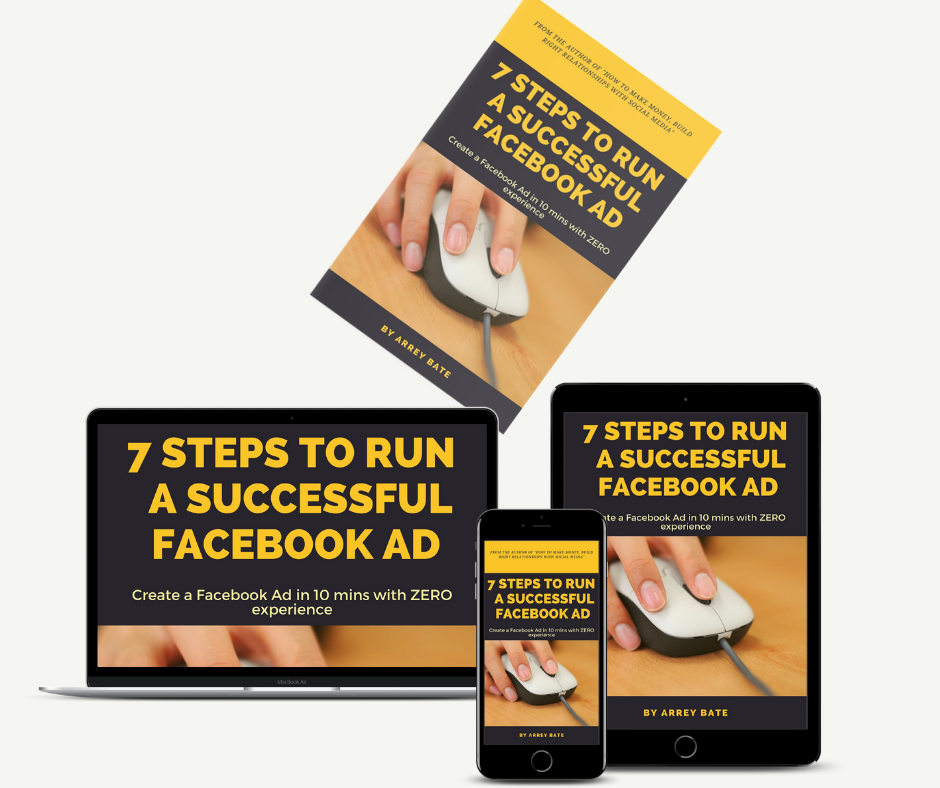 The Book “7 Steps To Run A Successful Facebook Ad” by Arrey Bate.

This next is my latest ebook  “7 Steps To Run A Successful Facebook Ad” by Arrey Bate.

As I was writing my first book, I found out it was actually important go into explaining how to build a business using a comprehensive step by step guide to Facebook ads.

It was a small tweak that was so simple to understand, yet I missed it when I just started online

END_OF_DOCUMENT_TOKEN_TO_BE_REPLACED 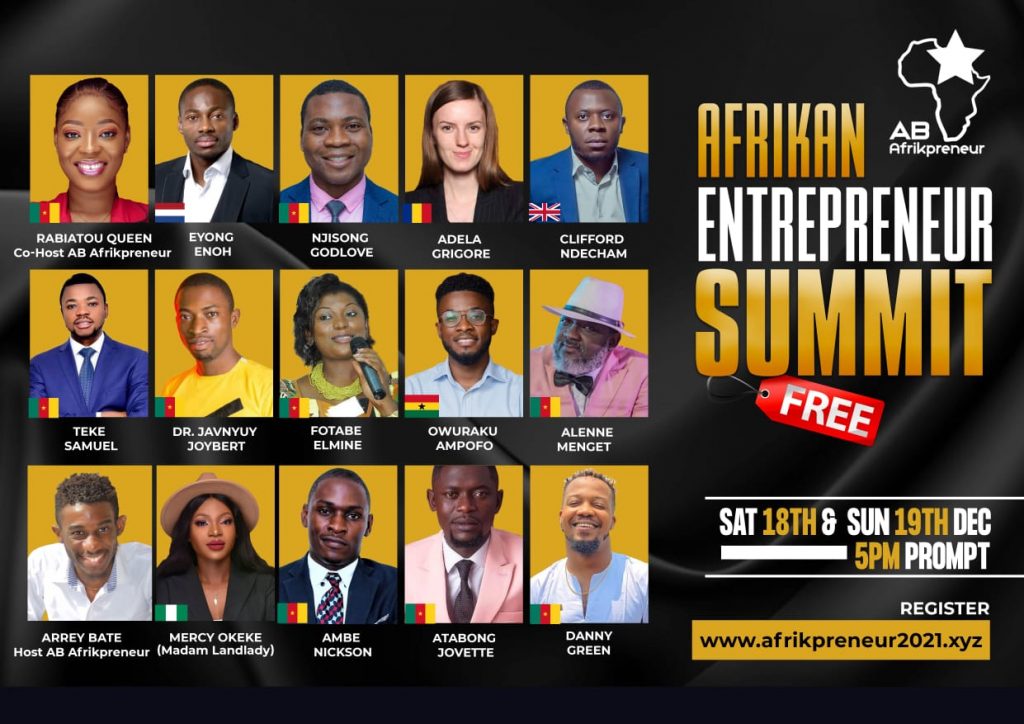 In 2021, me and my team brought together 14 international speakers to share at our annual AB Afrikpreneur gathering.

The event was crazy that so many people started requesting that we make all the 14 replays available to everyone. We put them together and have since then been sharing with everyone in the community. If you’re reading this now, it means this is probably still available.

END_OF_DOCUMENT_TOKEN_TO_BE_REPLACED

Get The replays NOw

“People who don’t spend and keep flipping the same old business strategies, will keep floating around the loop of making the same old regular ‘pnuts’ every time” – ( Arrey Bate)

In 2017 when Arrey just launched his business ARREYB Media, he was craving to connect with Cameroonian business guru Bony Dashaco.

Dashaco is estimated to be worth billions and has been repeatedly listed on Forbes for several years in a roll and among Africa’s top 10 most influential young leaders. Arrey recalls how he made more than 4 trips to Dashaco’s office but no permission to cross the gate. He dropped over 8 appointment letters and sent numerous emails but still didn’t get any appointment opportunity.

In 2019 after getting Dashaco’s private email, a carefully crafted email to Dashaco got a response 4 hours later. FINALLY! So this led to their first meeting after all the tough years, and more connection between Dashaco and Arrey. The experience led Arrey and a team of successful entrepreneurs who spent time analysing and understanding such difficulties faced by young African entrepreneurs to begin the AB Afrikpreneur Community. AB Afrikpreneur is an annual experience for entrepreneurs of all walks of life across Africa who want to build solid networks, all commanding from their cell phones!

END_OF_DOCUMENT_TOKEN_TO_BE_REPLACED

20,000+ Entrepreneurs Across Africa Use AB Afrikpreneur To Power Their Networks ... 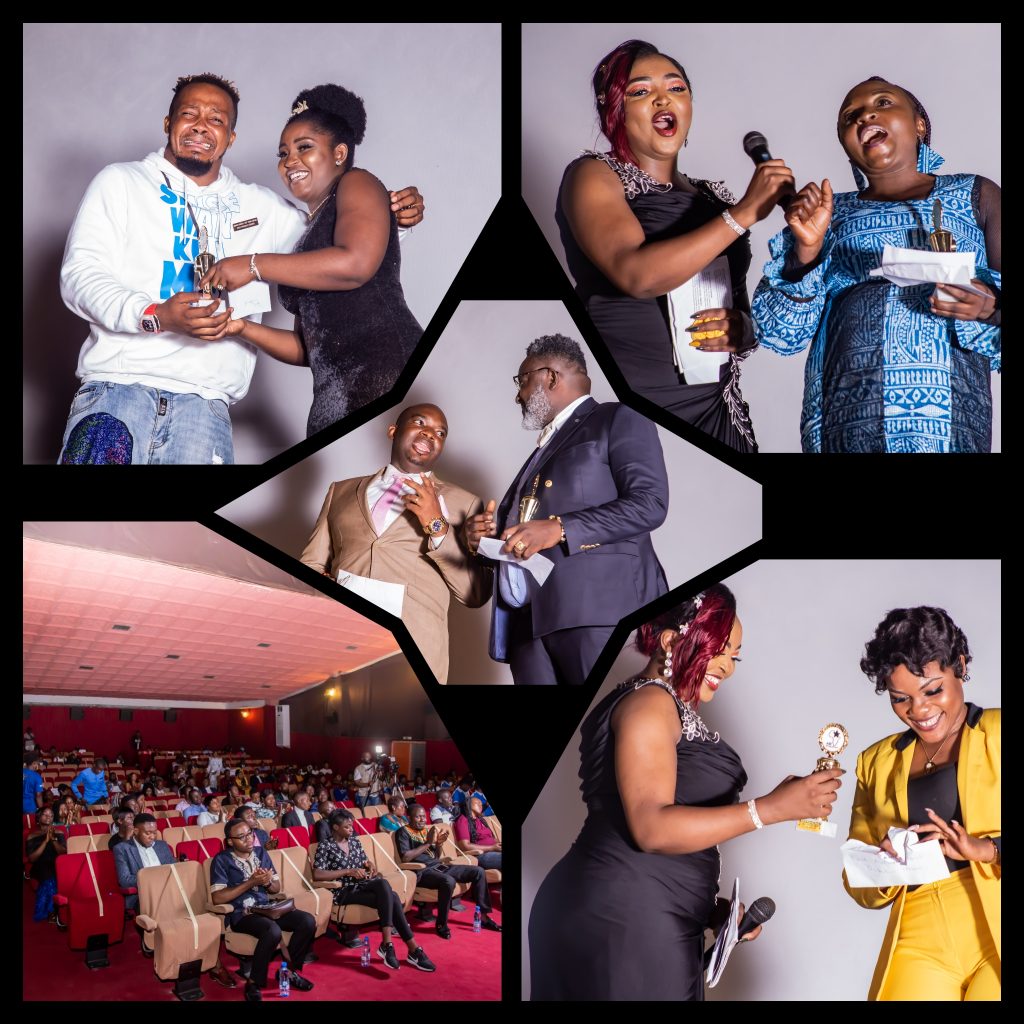 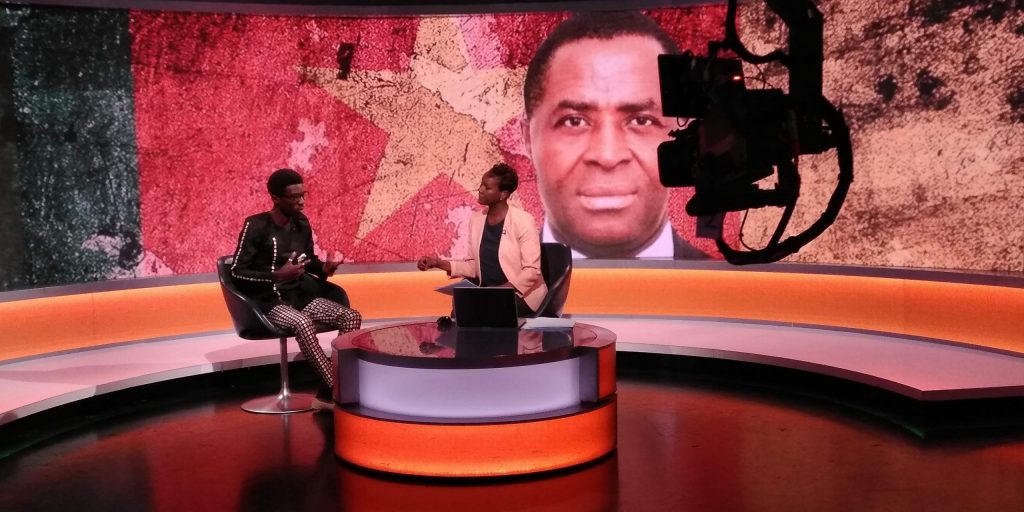 Interviews are truly some of Arrey’s most favorite moments to share his stories and wealth of experience! Do you have a show you want to feature Arrey on, he’s IN!

END_OF_DOCUMENT_TOKEN_TO_BE_REPLACED

Get To Know Arrey Better

Arrey has always said sharing his stories and connecting with people are truly adorable moments of his journey. People on social media are going crazy about his little status and story updates. They’d always say he’s a fun person to be with on social media! Strike bellow now, get to know Arrey better …

Every day Arrey shares his stories. They’re often spontaneous thoughts that come from his entrepreneurial journey, failures and lessons learnt, and most interestingly, deep reflections from just every little experience growing up till now. They’re always fun to read, some are sent to his email lists with more than 20,000 thousands subscribers, shared on his social media or published here as blog posts. You’d find something about your life if you read, enjoy … 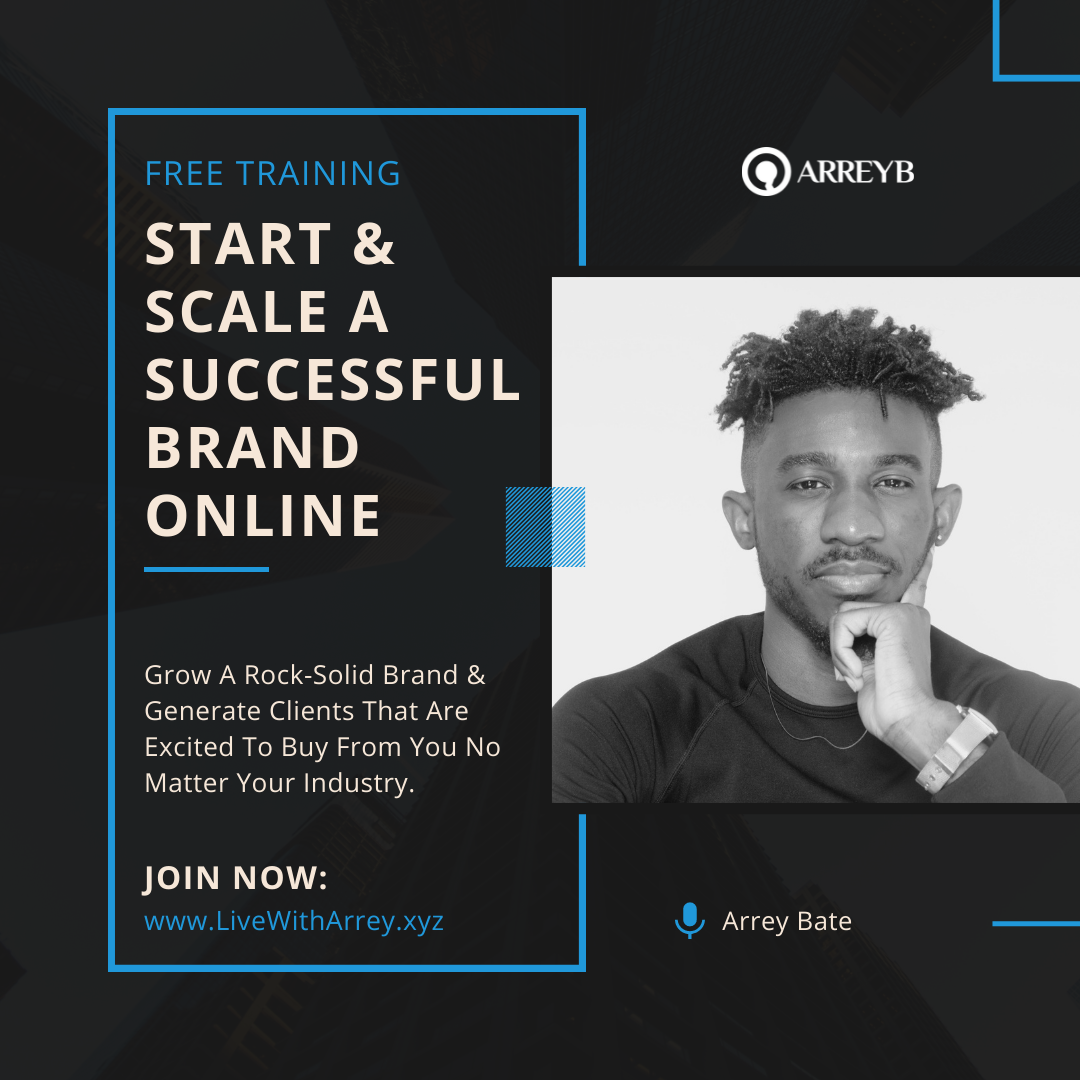 6 years ago I made a phone call to my mom that changed my life. Every 10th of April on my birthday, I try and make a personal commitment for the next phase of my life and live up to it no matter the cost 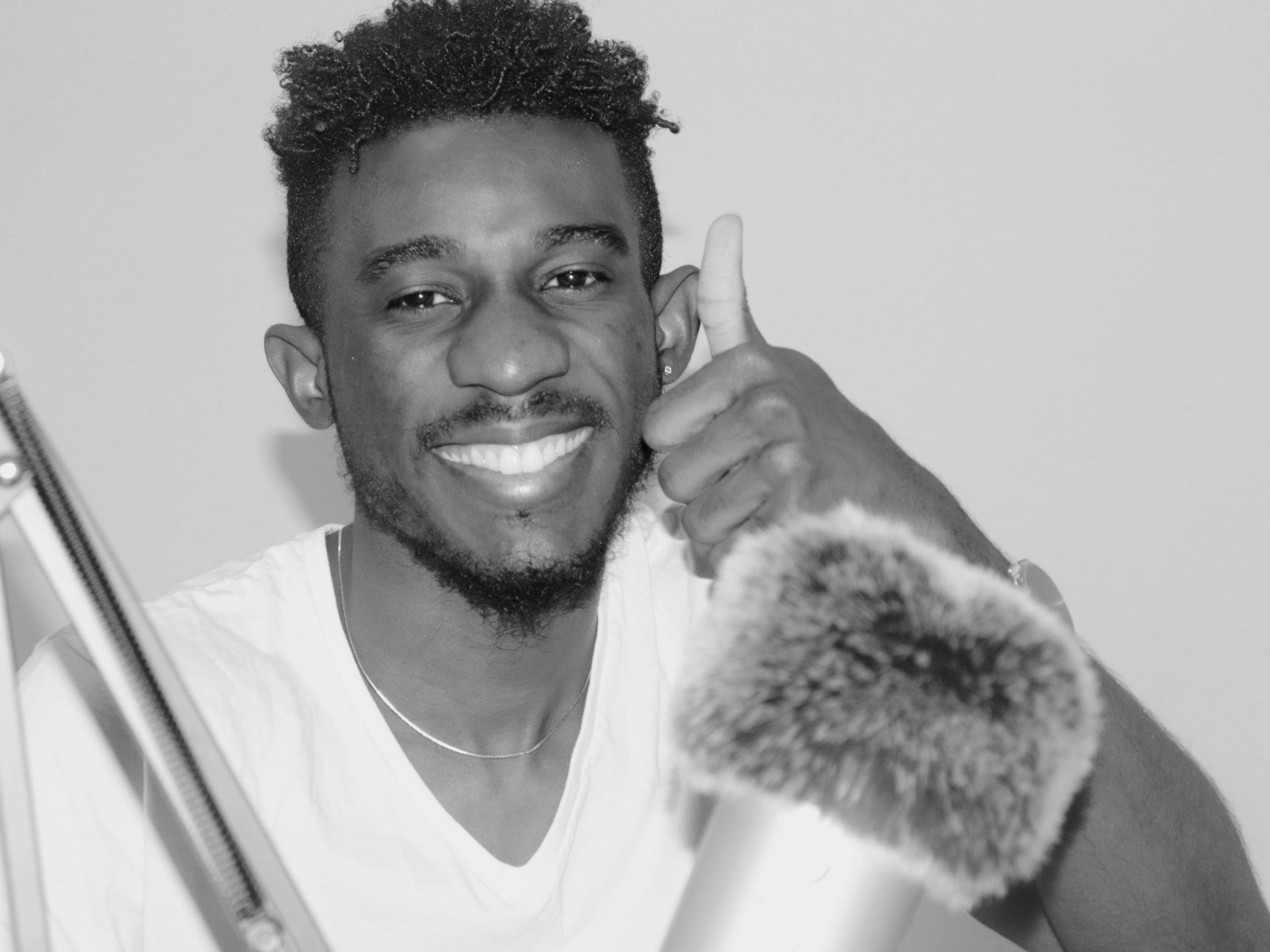 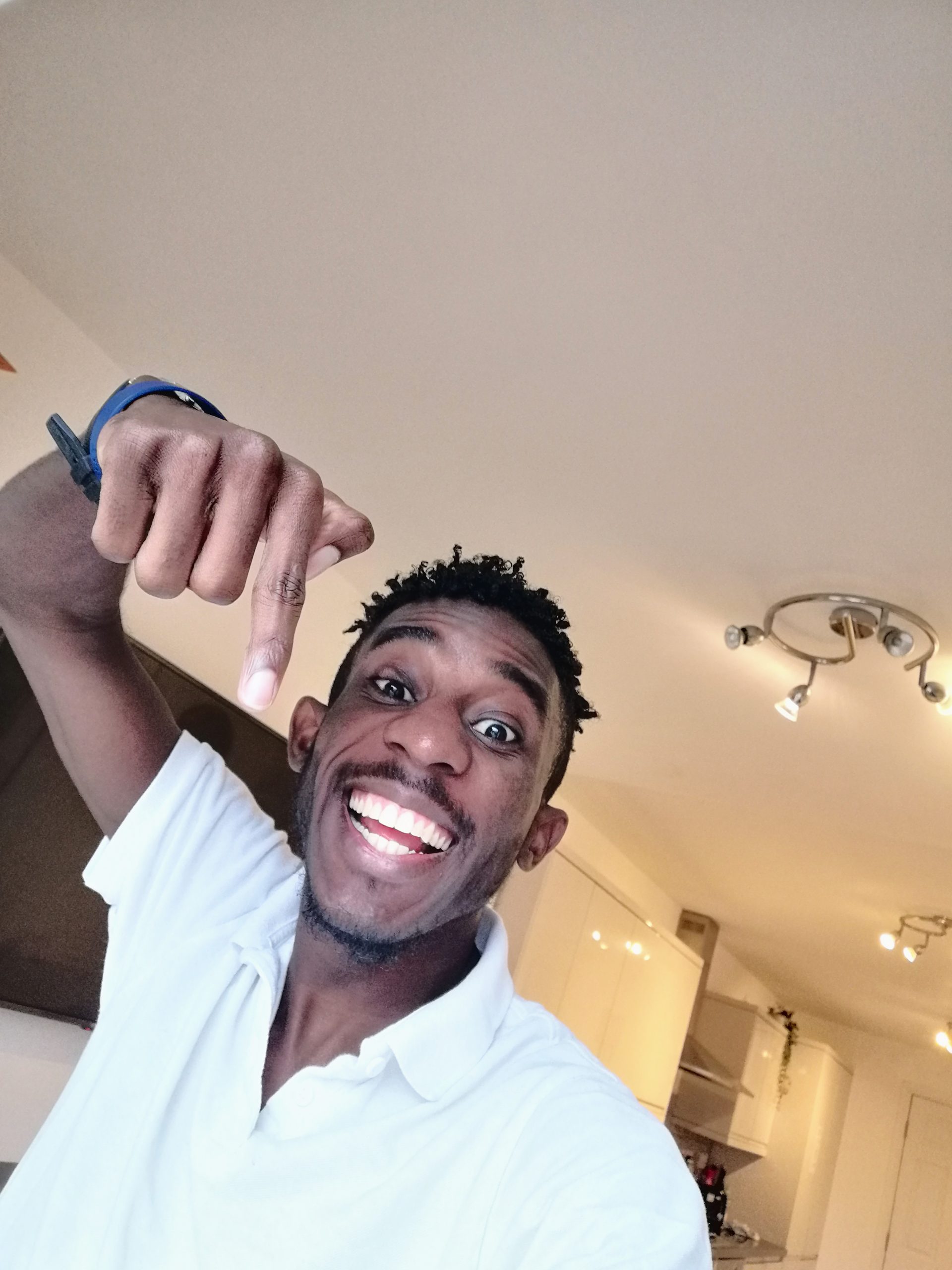 The #1 emails and messages I get every time are friends who reach out and share about their plans to quit their jobs, start a business and how they're feeling frustrated with their current work

In 2017, three months after dropping out of the university, I moved to Mutengene to start and pastor a new branch of my local church. 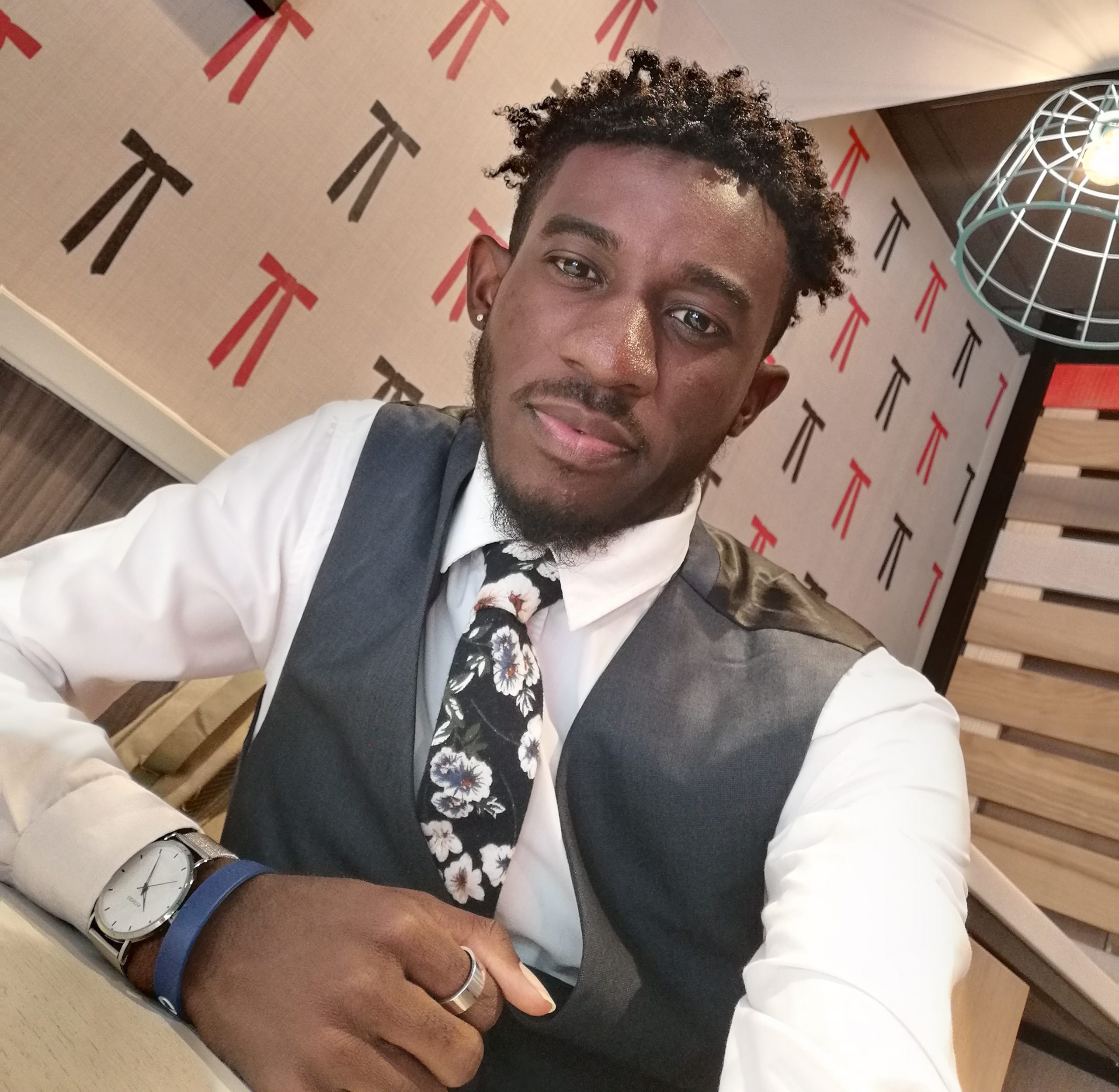 The Scammer Next Door

My next door neighbor was a scammer. That was some years ago In my experience watching him, one of the most lucrative scamming niches at the time were fake pets or agricultural … 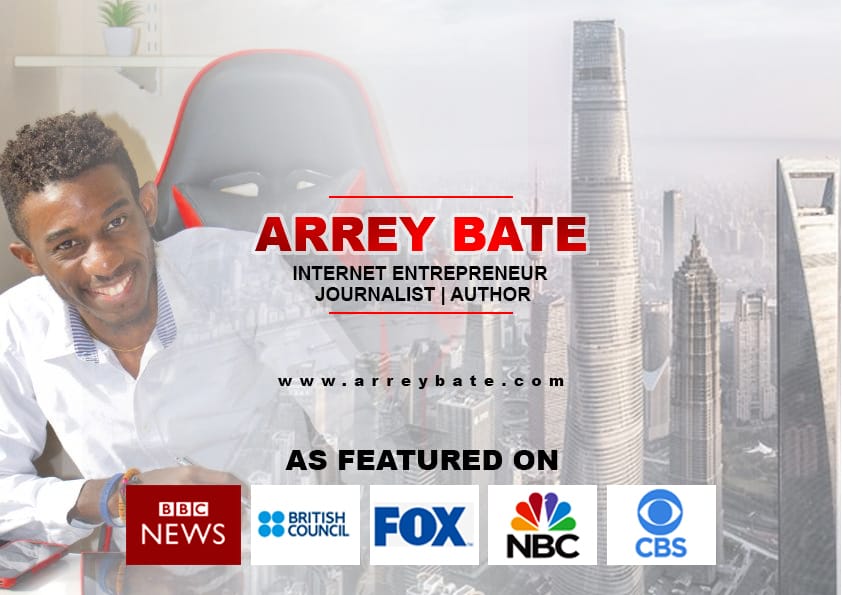 Arrey Bate talking about Being At your Highest Point

I have heard Steve Harvey share something critical in one of his episodes. He was talking about the years when he started comedy and needed to be the MC, the hype man, the performer and everything else on his shows 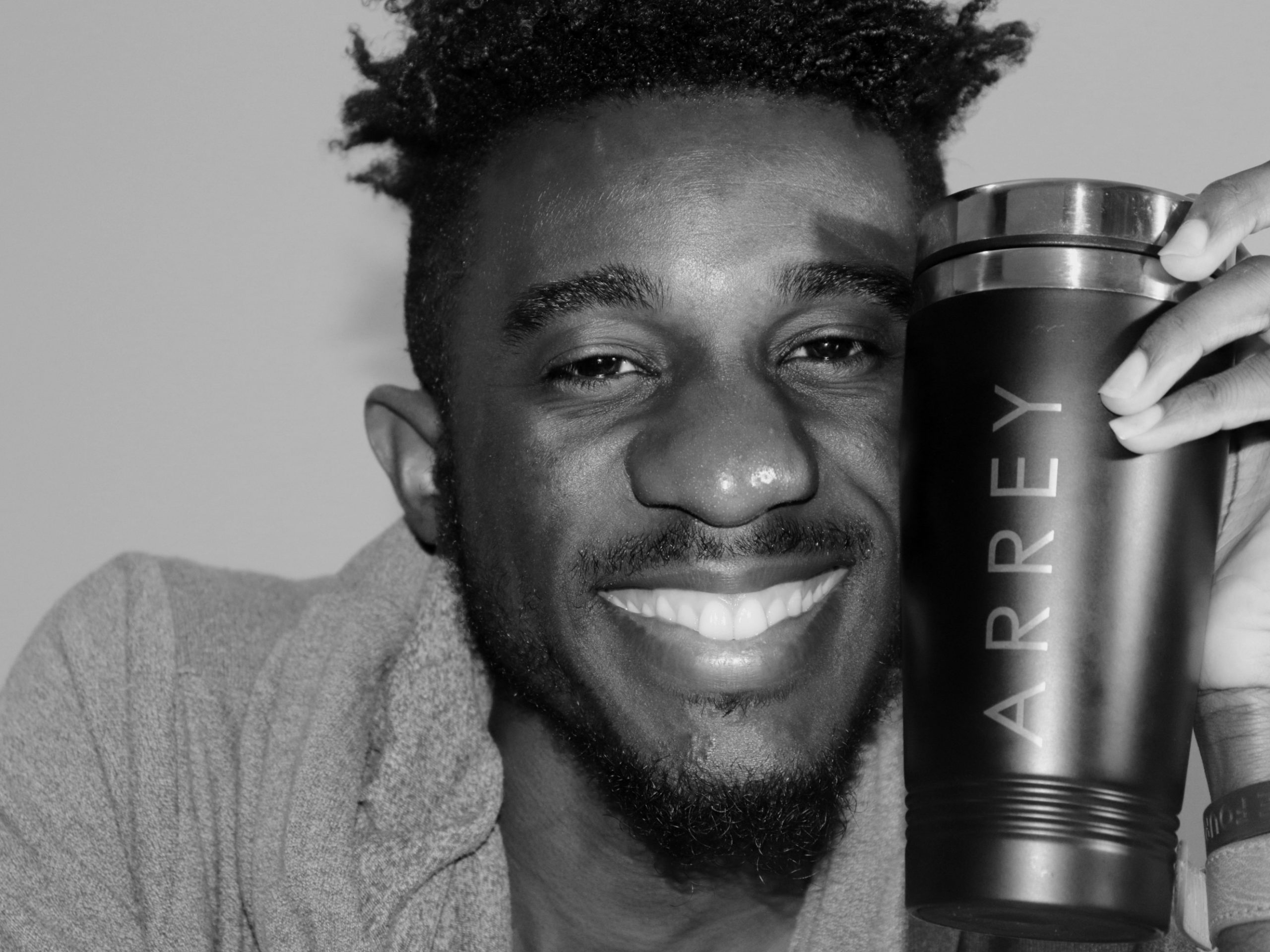 Twenty something years ago growing up as a child, I made a somewhat stupid vow ... 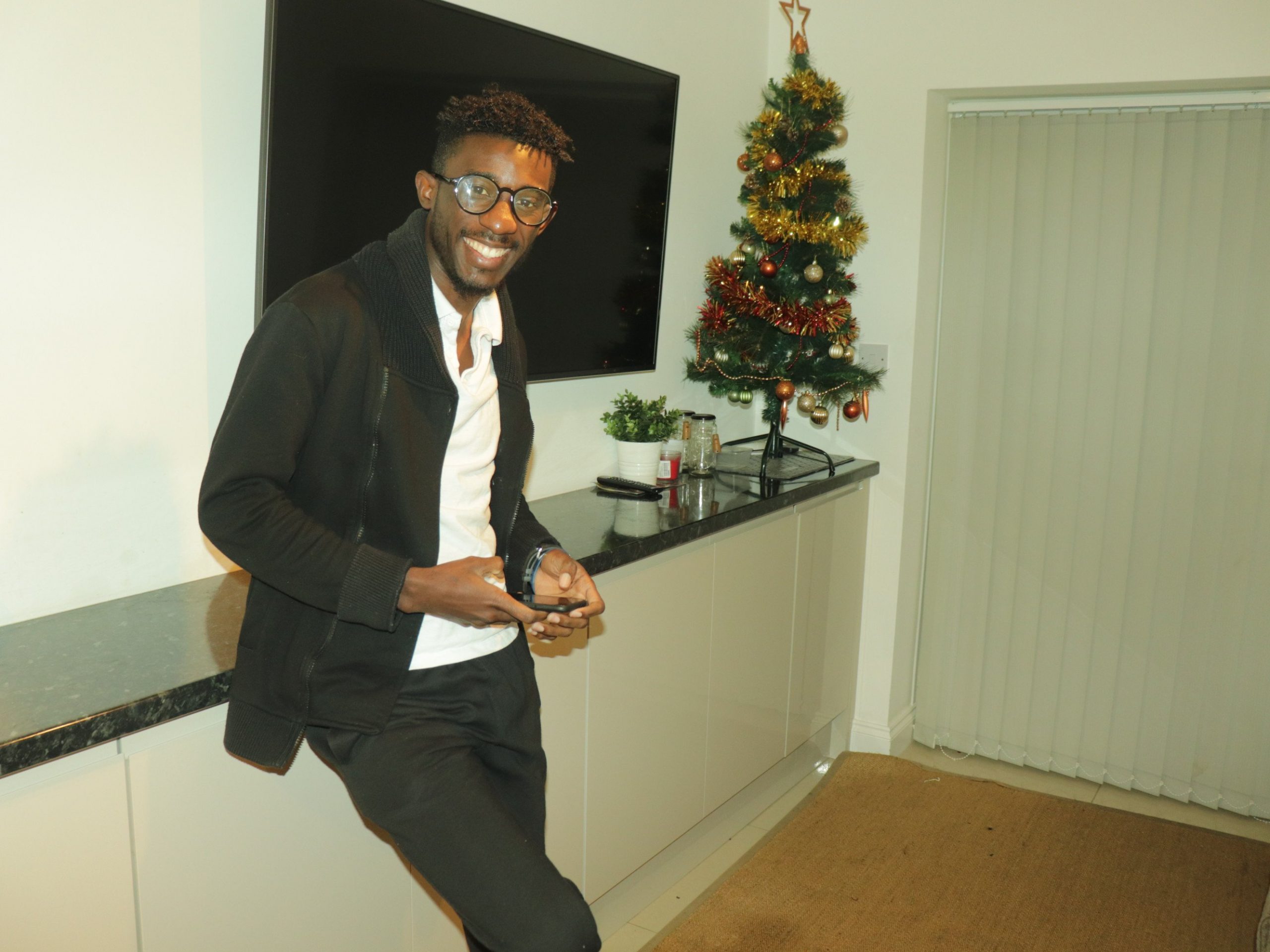 It was 5pm that day at a restaurant, the waiter walked in to ask what we wanted to have, me and two other friends…(and something incredible happened on the spot)

Do you remember last year I talked about my Facebook account being shut down at the time when I was actively reporting politics?

Arrey Bate Throws light On How To Go DEEP Not WIDE

In 2021, I introduced a special tete-a-tete marketing consultation where I charge $349 (xaf 215,000) for two hours👇​At first I was a little scared about launching this session for several reasons​. 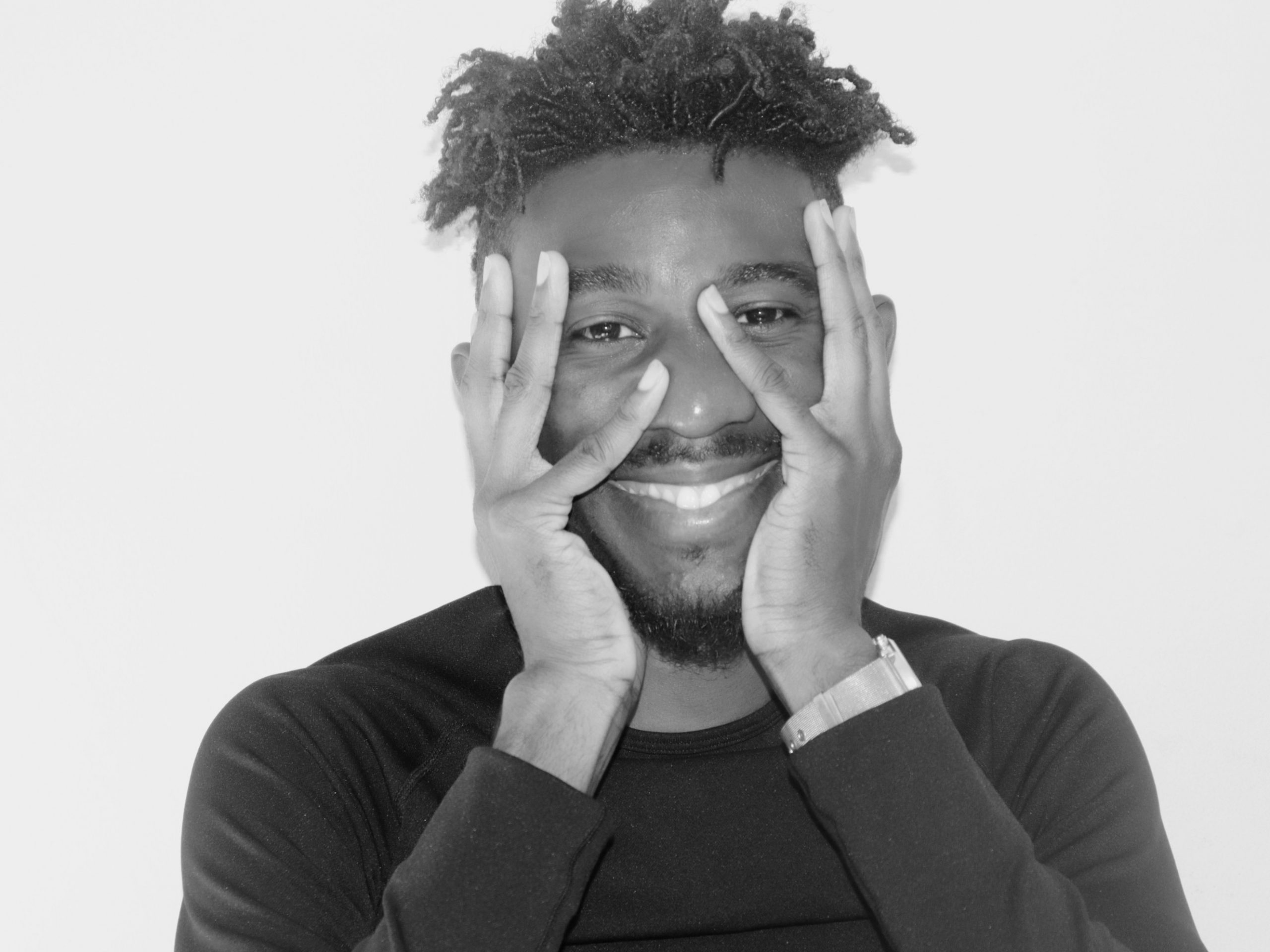 Dear , for you and me growing up, a lot of times we watched our parents run into daily financial problems. Some of them ran away from landlords, quarrelled with debtors and struggled with the little they made to feed the family​. 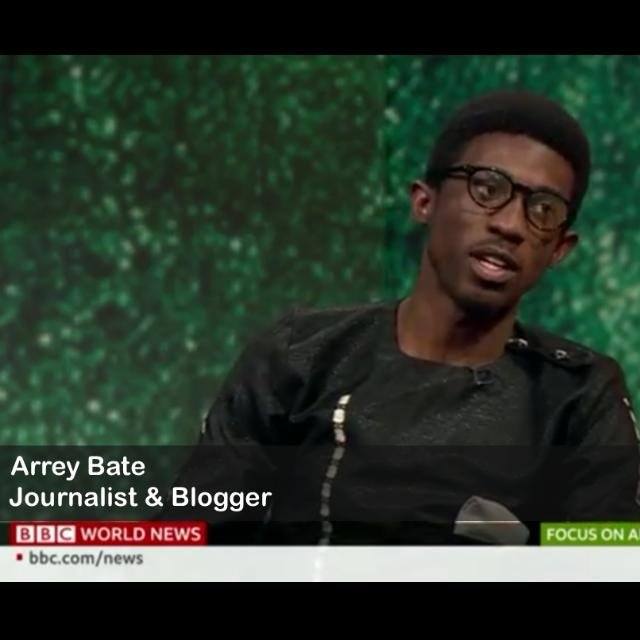 My Smart Friend , I won't reveal who but someone asked this question last week about how to discover my true purpose. 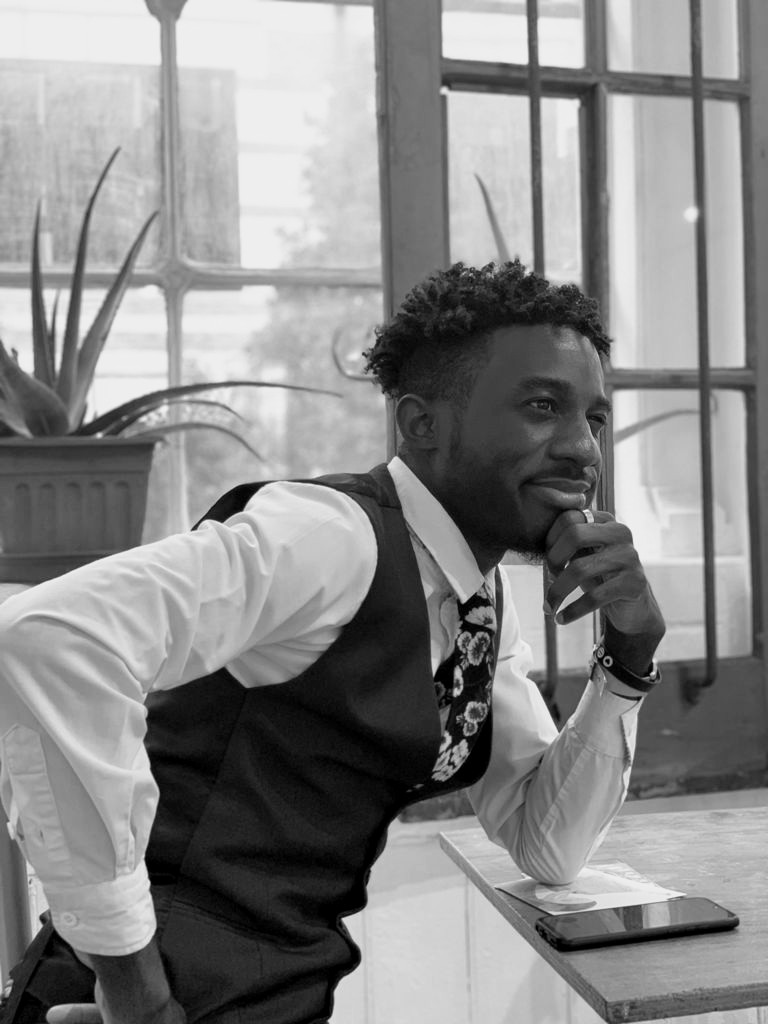 Before she died, around 9 years ago, my grandma told me a story that has stuck with me the rest of my adult life​back in my high school days

Depending on self alone to build a career. Entitlement will ruin you of a certain peace that comes with not having expectations from people 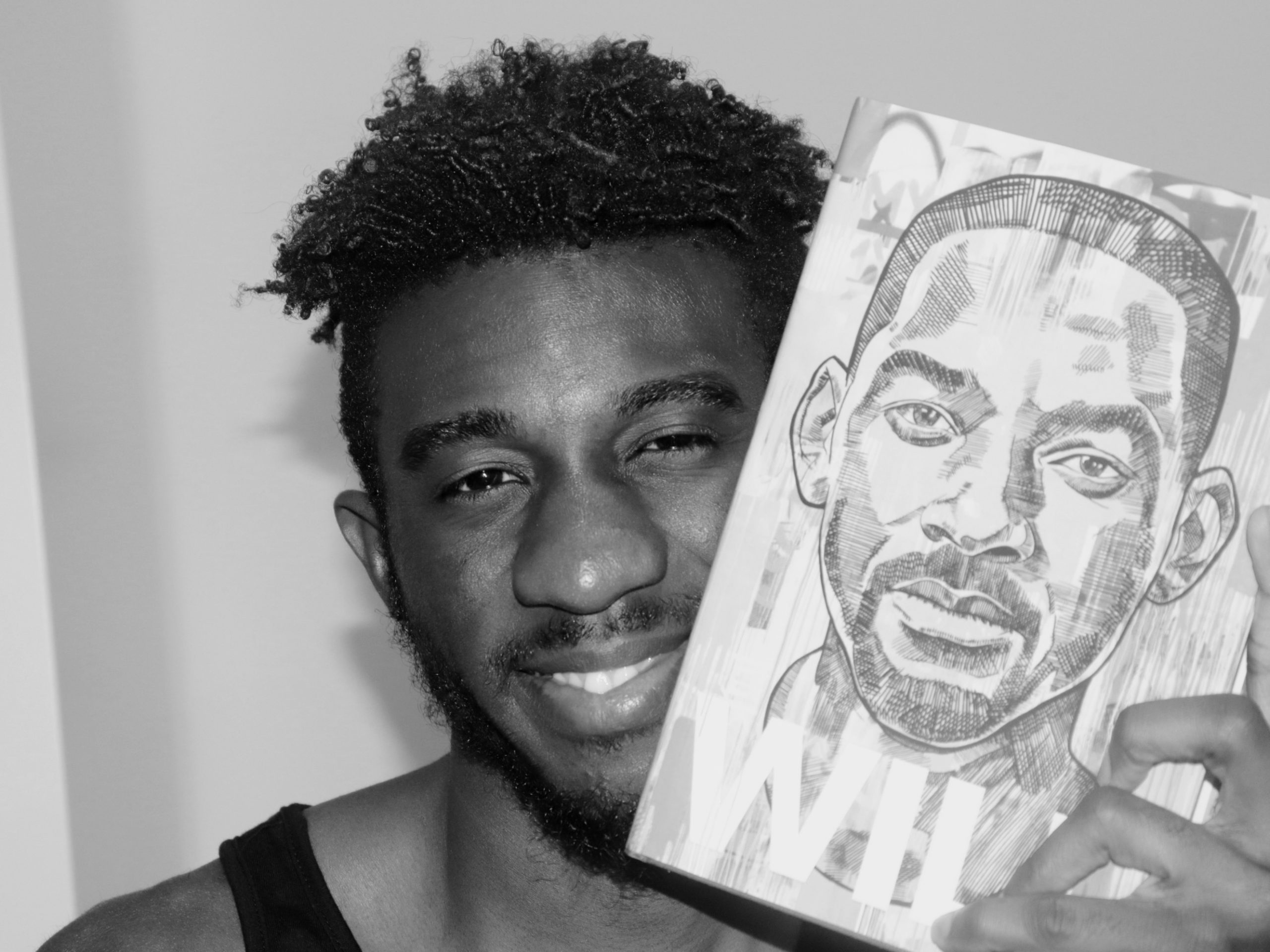 My Smart Friend, today I have a personal question to ask you (and please don't lie to me)​

When you spend your little money every month end, do you ever think about setting aside a little sum for self development?

I didn't know I'll ever come back to write about this but there are little protocols and patterns that are probably causing you to lose opportunities, that if you were aware of, you could break that chain and make the shift... 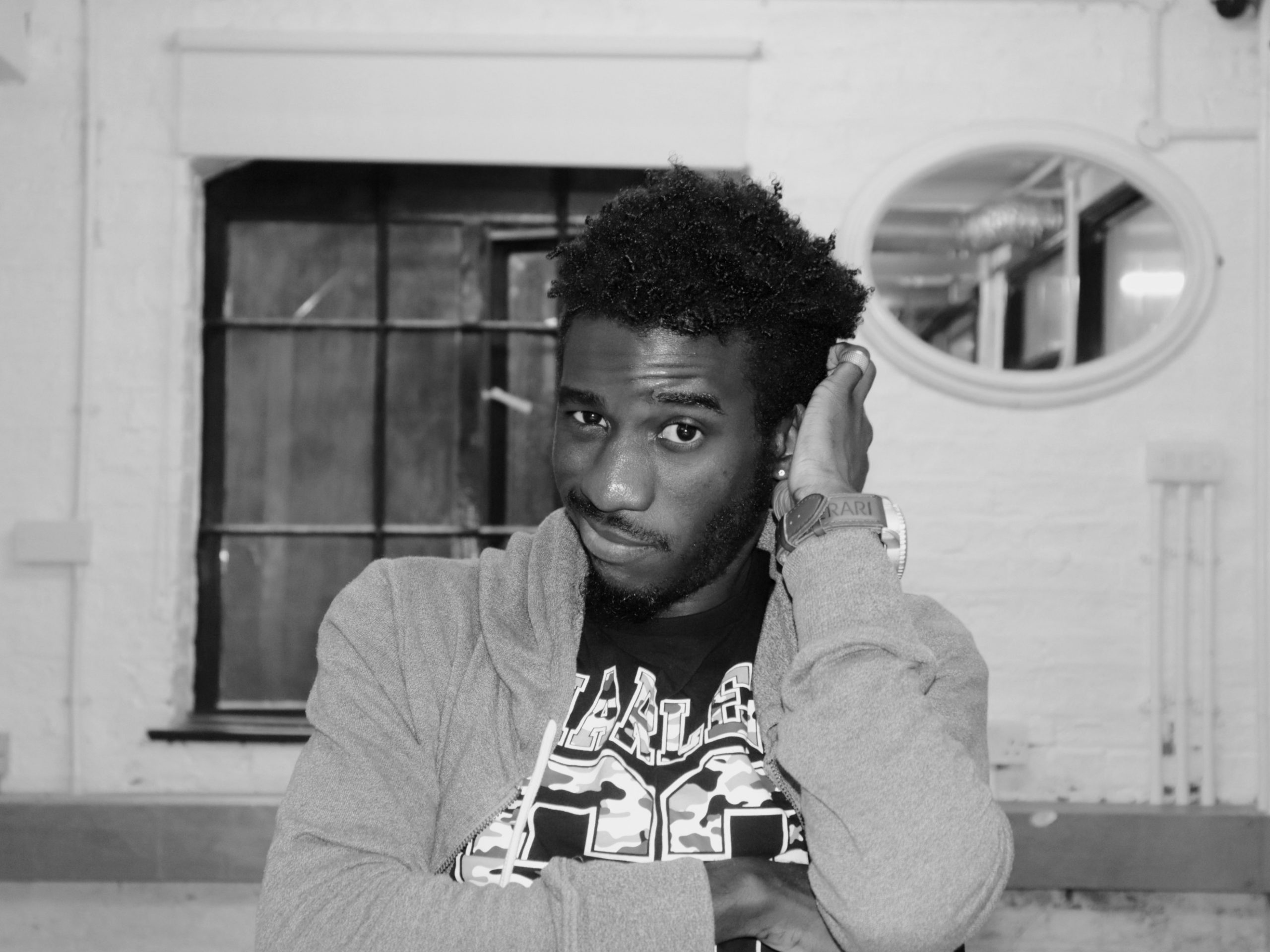 Sometimes when I'm stepping out, I'll carry that paper in my pocket or throw the list into a junk WhatsApp chat in my phone ( I'm sure you also have a chat where you dump all the rubbish?😅) ​

Arrey Bate on How To Identify Angels And Demons, The Sacred Path To 2022…

My friend, if you've made any plans for 2022, then this message is going to help secure bigger succes.As young people growing up, we still have lots of things to figure out but these are two things that will radically skyrocket the wins you get this year and will make you different from any other person around you.

Except you have been living under the rock, you've probably read or watched trending news of Cameroonian mixed martial artist Francis Ngannou winning opponent Cyril Gane to maintain his position as UFC undisputed Heavyweight Champion of the world

All Rights Reserved / All Wrongs Reversed